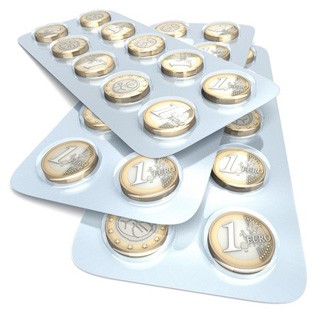 After the amendments made to the Bulgarian regulation on pricing and reimbursement in December 2014, it is now hard to say if the government is regulating or registering OTC prices in Bulgaria.

According to the Bulgarian Law on Medicinal Products in Human Medicine (the Drug Law), the competent governmental body – the National Council on Pricing and Reimbursement, regulates the prices of prescription only medicines (Rx drugs). When it comes to over-the-counter medicinal products (OTCs), the Drug Law provides that their pricing is subject to registration (not regulation). Marketing authorisation holders (MAHs) are free to set and register the maximal sales price of their OTC products, and there is no price reference system applicable to OTCs. The registration of the maximal sales price sets a pricing limit in order to close the door for speculative pricing within the supply chain. However, the registration procedure is not intended to regulate the pricing policy of MAHs. From this perspective, OTCs are a ‘free-pricing’ segment of the market, as opposed to the Rx medicines segment where MAHs have to declare the lowest ex-factory price out of 17 referent countries.

In April 2013, the government adopted a transitional rule in the Bulgarian pricing regulation limiting MAHs: the registered maximal sales price of OTCs could not be increased with more than the relevant inflation percentage for the period starting from the date of the last price registration. The rule was transitional and was set to be in force for one year. Then, in August 2014, a new transitional rule provided for a new period until the end of 2014, and in December 2014 the government extended the term up to the end of 2015*. Considering that the Bulgarian National Statistics Institute currently reports deflation, these provisions have the effect of a ‘freeze period’ over OTC prices.

OTCs are not reimbursed by public funds and the use of OTCs depends completely on patients. Although quite questionable from the legal perspective, the efforts of the government aim to permanently keep the current OTC price levels fixed by series of ‘freeze period’ extensions*. The reasons behind are social.